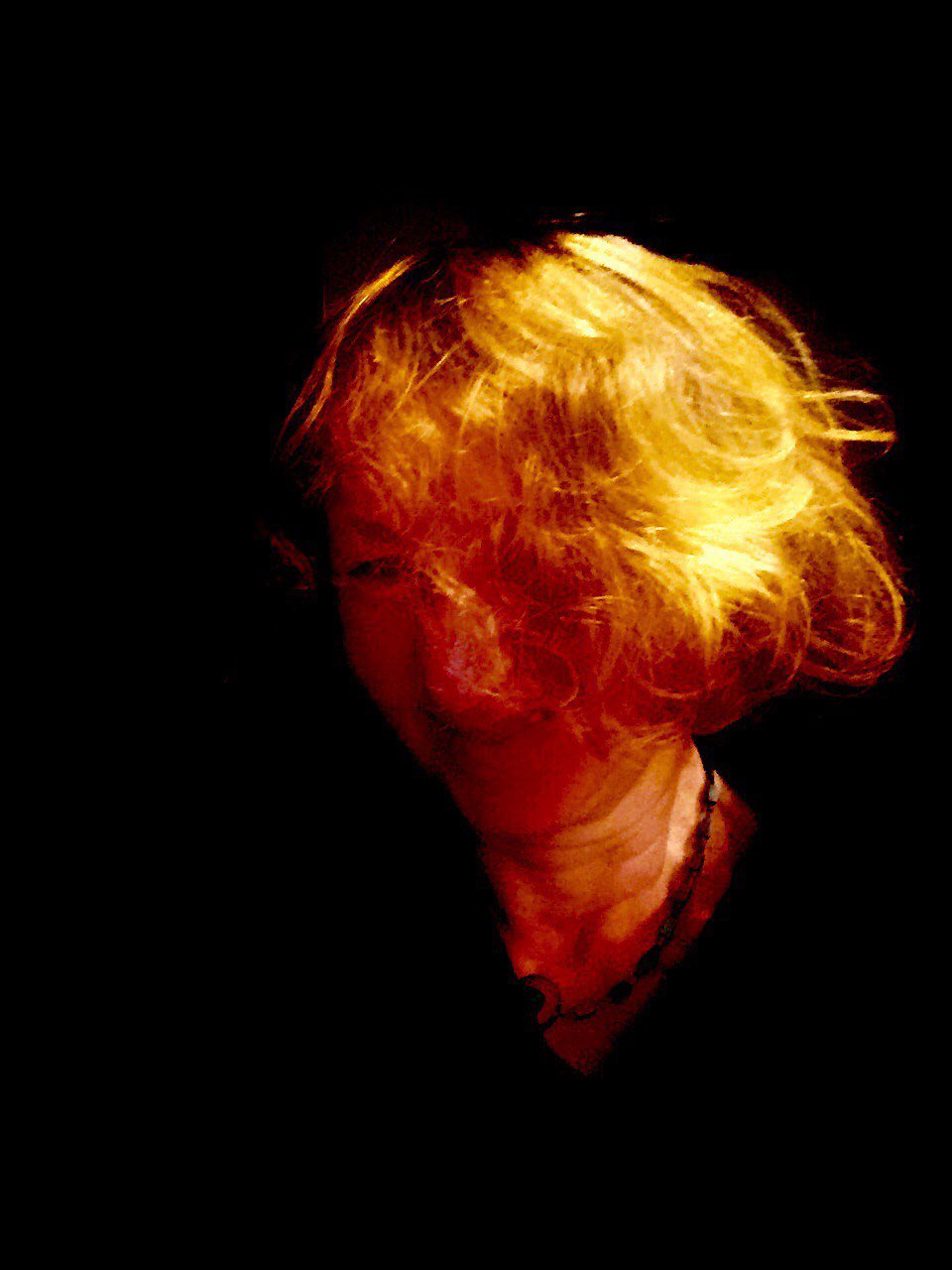 I grew up in Moscow, Russia, where I graduated from Moscow Architectural Institute with Bachelors in Architecture. This particular school was known for its training in academic figurative drawing.

My husband and I came to America with visiting visas in 1989. We were not planning to stay, but the luck of meeting a reproductive medicine doctor who offered us pro bono treatment changed our mind. It took five years to give birth to three children, start working in stained glass and buy our first house, but the urgency of survival and the confusion of adapting to the new language and culture lasted much longer. In retrospect, I muted my natural voice in favor of repeating rehearsed sentences in the language that remained foreign to me for innumerable years after immigration. In the years of motherhood when a woman has to be the truest to herself and her native instincts it created tensions in me that demanded to be explored and expressed.

For the first nine years I combined parenting with the work in stained glass studio where I was a painter. Most of commissions were coming from the churches and demanded a large scale figurative painting in various styles. I visited NYC to study originals of the old masters, as well as the modern and contemporary artists at Met, MOMA and Chelsea galleries in search for solutions to my artistic tasks and to learn and understand painting styles.

I started doing fine art in 2006. It happened like an outburst, almost uncontrollable, like a spill of excessive visual memory or a madness of broken silence. I didn’t need to look for imagery; it was born right there, in front of me, on the blank canvases as I spread them on the walls. Their darkness was troubling. The inner tragedy of disconnect expressed itself in provocative sexual imagery. It was a silent screen, a nonverbal cursing uttered by a woman trained to be quiet and modest. In expressed anger, hidden shame, learned helplessness and unrealized power it spoke to me in the language that took me years to understand. See Expressions at  www.elenadrozdova.com

In the following years of uninterrupted practicing, I tried various materials and came up with a number of techniques. I developed a ‘tape painting’ technique that I use in my work as an artist working with people with intellectual disabilities, the position that I have been holding since 2008. I paint miniatures on Yupo that in size and proportion imitate snap shots but have all the attributes of the fine art paintings. My other medium is Acrylic on Mylar. I used it the series of large scale compositions that explored archetypal romantic longing in the realm of power struggle between the genders. See Allegories at www.elenadrozdova.com. A separate line of my work is dedicated to portraiture.

Art is my language, the mean of communication, and analysis. I am striving to find expression to subconscious currents that form me as the persons acting in the world. Achieving familiarity in imagery and coherency in style are the tasks that I keep in mind as a painter.

Currently I am pondering a new series to explore my relationships to serfdom through ancestral and ethnic roots. I see it as an important step in learning to practice freedom formulated in American Constitution while not losing the perspective of my origins as a descendant of Russian feudal laborers.  In terms of technique, I am looking for synthesis between the immediate approach that I use in my paintings on Mylar with the calculated layering method of my ‘tape paintings’. 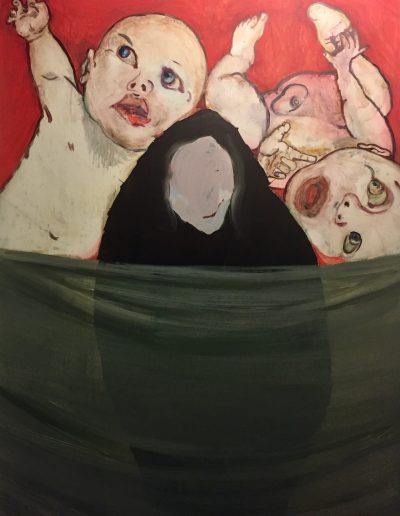 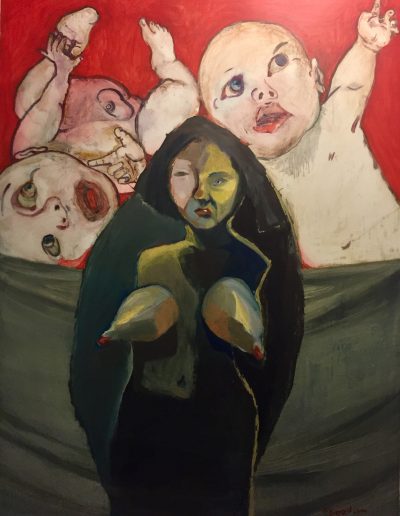 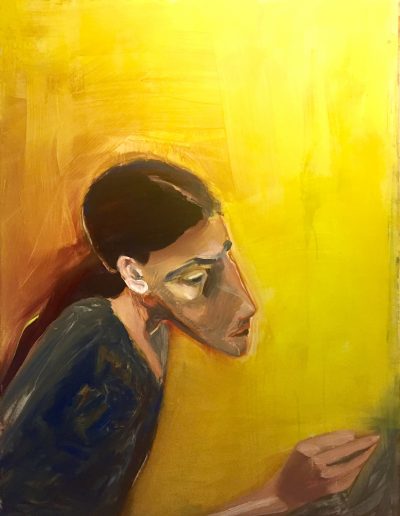 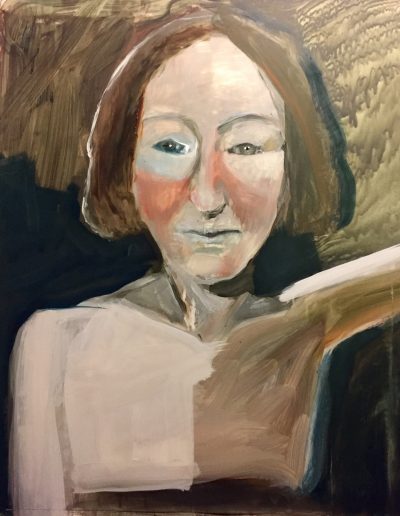 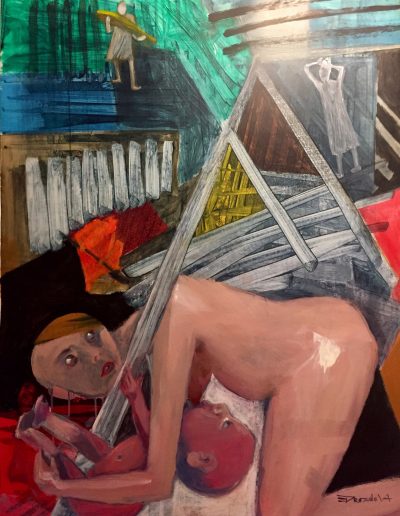 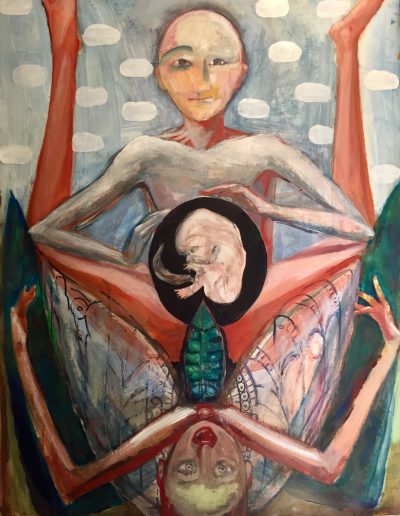 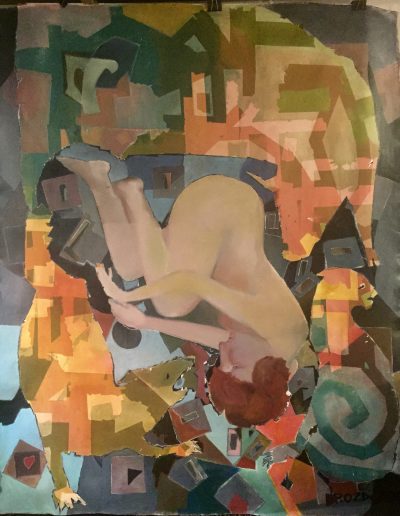 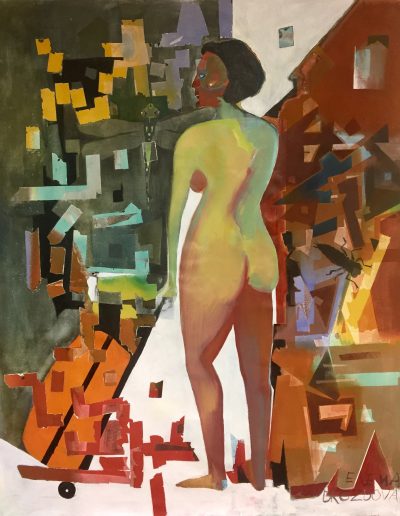 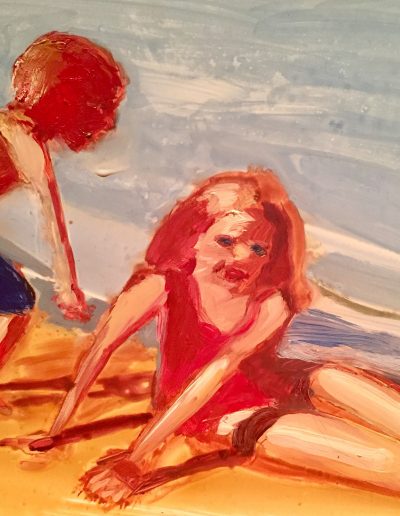 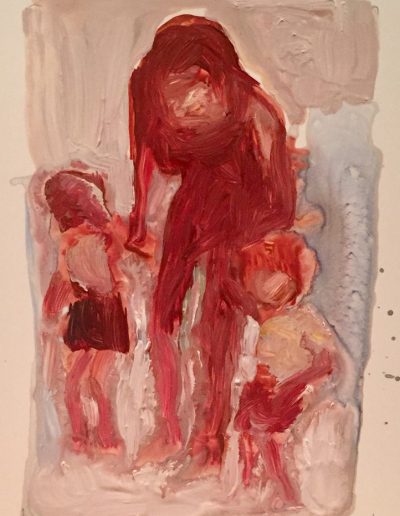 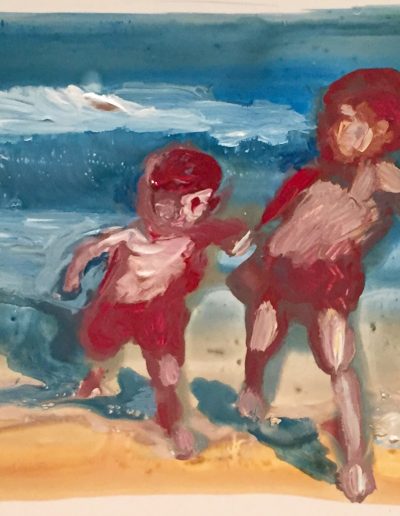